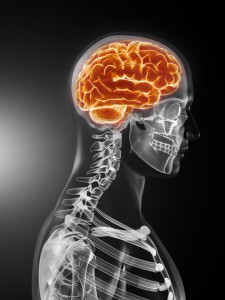 It is only in recent years that modern science has begun researching the effect meditation has on the brain and body. For centuries numerous claims have been made about meditation’s effects and finally science is putting them to the test. In the realm of brain research it is the field of neuroscience that is leading the way.

Neuroscience is defined as the scientific study of the nervous system. It is a very diverse field with several sub-disciplines and growing every year. Cognitive neuroscience deals with interesting questions such as what is consciousness? How are memories stored? What are emotions? How does the brain affect the body? The advancement and development of new neuro-imaging technologies have allowed neuro-scientists to study the brain in more detail than has ever been possible. When it comes to research on meditation, neuro-scientists have been particularly interested in how the brains of meditators are different than the brains of non-meditators.

In a recent study published in the neuroscience journal Brain Research Bulletin, it was shown that the brains of people who meditate had elevated alpha rhythms. The brain has five different wave frequencies: Beta, Alpha, Theta, Delta, and Gamma. In your normal waking consciousness you are in the beta state. In this state you are fully awake and alert. However, too much time spent in the beta state can lead to excess stress, worry, and anxiety. The alpha state has been associated with extreme focus, relaxation, learning, creativity, and peak performance. 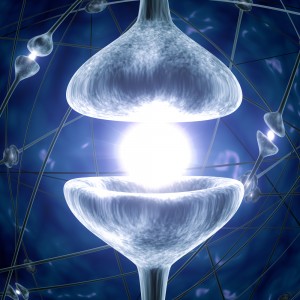 If you’ve ever watched an athlete right before an important shot, many times you could see the intense focus in their eyes. Repetitive practice and years of training allowed their brain to enter the alpha state. The alpha state is where meditation really begins. As alpha waves flow through your brain cells, they act to suppress distracting information, leading to increased concentration and mental clarity.

In this particular study subjects were split into two groups, one which meditated and another that didn’t. The participants were trained in a type of meditation called mindfulness meditation. To practice they were asked to intensely focus on different body parts or sensations for a period of time. After 8 weeks scientists used neuro-imaging tools to scan the brains of both groups. It was shown that those who meditated had a higher percentage of alpha waves, allowing them to be better able to focus than the non-meditators.

What This Research Means To You

With higher alpha wave activity comes better focus and awareness. Imagine having the mental ability to ‘turn down’ stress or decrease pain. By training to mind to focus on a certain stimulus for a period of time, it allows you to amplify positive feelings and decrease negative ones. This in and of itself is a profound benefit with the ability to change the way you see and interact with the world. In a world filled with stress and worry meditation presents a safe way to force the maximum limit higher making you impenetrable to stress.

In addition another beneficial effect shown in this study was that the group that meditated was better able to recall new facts and pieces of information. Alpha brainwave patterns have been associated with super learning and creativity. Highly creative people have been shown to have ‘bursts’ of alpha brainwaves when they have good ideas.

As science progresses, the research on meditation will continue. There is no doubt that the future will bring even more advances and interesting findings as modern science continues to prove the many benefits of meditation.