Meditation Is The Key To Success For Billionaires, CEOs

Why Meditation Is The Secret To Success

Nearly 90% of these super-successful people had a daily practice of meditation! 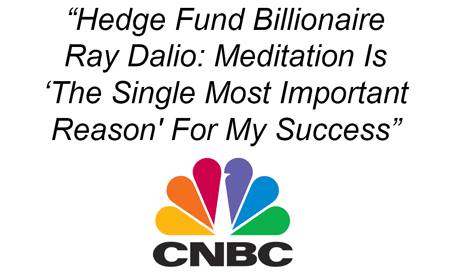 Tony Robbins, one of the world's greatest motivators, claimed that his morning "hour of power" meditation routine dramatically changed his life. (Note: You don't need an hour per day, 10-30 minutes works just fine).

Legendary investor, Ray Dalio, the world's 25th wealthiest man ($17 billion), stated that meditation is the "single most important reason" for his incredible track record of success. 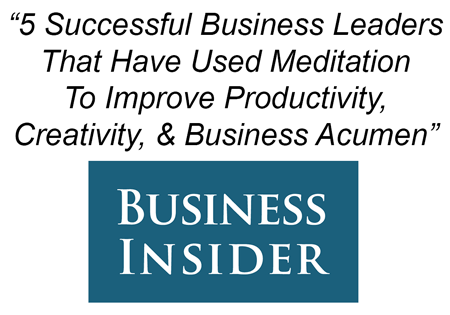 Overwhelmed with his newfound fame and rapidly growing movie career, Arnold Schwarzenegger learned a powerful meditation technique in the 1980's that forever transformed his ability to deal with stress.

Steve Jobs, the founder of Apple, the world most valuable company ($872 billion), stated that his "meditation learned & developed" intuition is how he was able to guide multiple companies (including Pixar) to the stratosphere of the business world. Jobs learned the meditative ropes on a well-documented 1974 trip to India.

With behemoths like Google, Apple, and Amazon now offering meditation classes to their employees, it appears that the world's most transformative companies are catching on.

It is the powerful deep mind access, the creative idea generating, the sharper thinking, and the higher states of awareness that keep successful people drinking from the meditative well, session after session, day after day.

Like a skyscraper rising into the heavens, the benefits of meditation are built one steel-framed floor on top of another. In time, the "new you" has risen so high above the "old you" that binoculars are the only way to catch a glimpse.

Note: If you want to discover precisely how and why meditation makes us successful, then we recommend these six articles: