How The Iceman Wim Hof Uses Meditation For Super Immunity

How "The Iceman" Wim Hof Uses Meditation To Become Superhuman 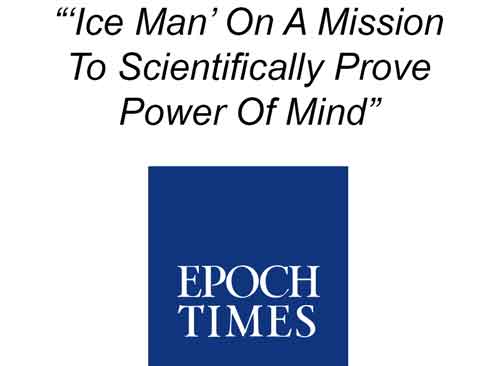 Maybe you caught The "Iceman" Wim Hof on a National Geographic documentary, viral Youtube video, or Discovery Channel feature. Now a living legend, news of his jaw-dropping accomplishments have spread far and wide.

A holder of more than 25 Guinness World Records, the nearly 60 year old dutchman has become reknowned for his ability to withstand extremely cold temperatures by using meditation to crank up his "inner thermostat."

Before we tell you the massive implications of his "superhuman" abilities, here are a few of his frozen feats:

He has done a lot of other cool stuff, too. But you get the idea.

How The Iceman Makes The Impossible, Possible. Mind Over Matter: A Few Studies

How does he do it? To raise his body temperature, the dutchman manipulates his autonomic nervous system (ANS) through deep meditative breathing techniques. Therein lies the controversy.

The human autonomic nervous system is, according to all medical textbooks, involuntary and therefore — impossible to consciously manipulate and control. The lungs, kidney, liver, and heart work all by themselves. Or so they say. 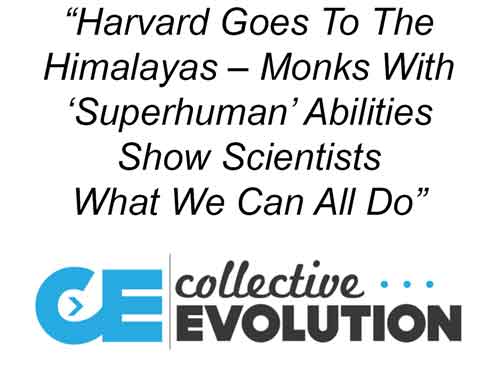 But the data is now suggesting otherwise. While the Iceman is the ultimate "mind over matter" case study, other researchers have discovered similar remarkable abilities in trained meditators.

Author of "Counter Clockwise" and Harvard Professor, Ellen Langer has shown that we can consciously slow and speed our heart rate after only one week of mindfulness training.

Legendary Mind-Body researcher and author of the bestselling book "Relaxation Response," Dr Herbert Benson found that meditating monks could increase the temperature of their fingers and toes by as much as 47°F (8.3°C), while drying wet blankets through mental control of their body heat!

The point is that, yes, we most certainly can do things with our mind and body that science once believed impossible.

The Iceman's Immunity Put To The Test 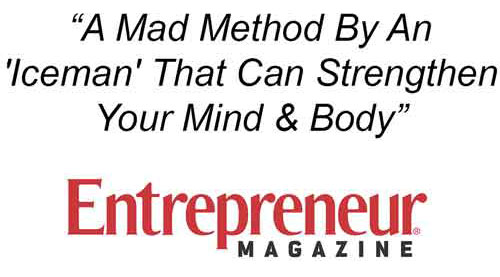 Can the Iceman, with his superhuman abilities, also ward off disease?

What did the doctors find? The test results showed that the injected bacteria had zero impact on the Iceman. In other words, his meditation fueled immune system forced the pathogen into submission. Pretty amazing.

But the question then becomes, is Wim Hof just a freak of nature, one in a billion, an extreme outlier?

From "Average Joe" To "Superhuman": The Iceman Trains 12 Students 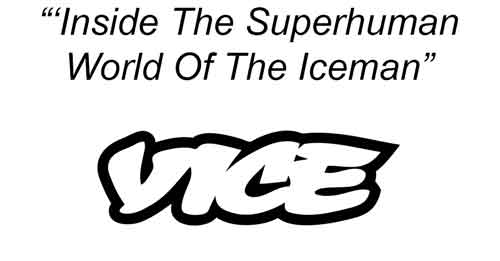 Wim says that his feats and superman abilities are available to anyone and everyone who practices his meditative techniques. Intrigued by the possibility, researchers put his claim to the test.

For 10 days, Wim trained 12 students with the very same deep breathing meditative technique that he practices.

In the lab his meditators were injected with dead E. coli bacteria, which invokes the same immuno-response as a living pathogen.

And The Researchers Were Astonished 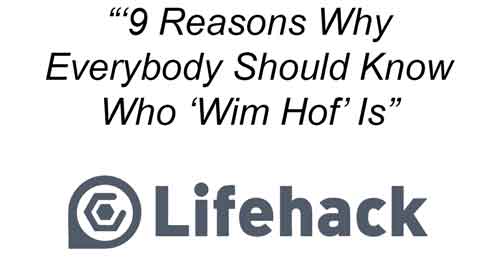 The meditators showed little to no effects from the injection, quickly squashing any flulike symptoms and inflammation.

How did they do it? By "breathing" high levels of oxygen into their blood, the meditators triggered a cataclysm of immuno-upgrades, starting with better tissue alkalinity and elevated levels of adrenaline/epinephrine.

Study author Matthijs Kox, told Livescience: "The adrenaline levels were higher than in people who bungee jumped for the first time...The acid-base [blood] balance oxygen levels… could lead to this effect."

As your body’s first line of defense, your immune system can be upgraded to "superhuman" levels. The potential is within each and every one of us.

You don’t need to be a freak of nature, as the "The Iceman’s" 12 students have so convincingly proven in only 10 short days. Meditation is the way.