Did Jesus Meditate? A Look at Meditation in the Bible

A commonly held belief in "meditation friendly" religions like Hinduism & Buddhism is that, if you want to find God, then "look within." Because this principle is not fully aligned with the commonly held Christian belief that "it's only through Jesus that we can find God," a small number of Christians believe that meditation is "of the devil", rooted in sin, and should therefore not be practiced.

Meditation in the Bible 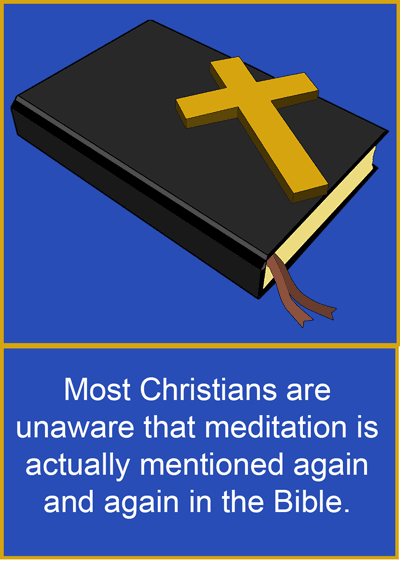 Most Christians are unaware that meditation is actually mentioned again and again in the Bible. For instance, in the Old Testament's book of Genesis (24:63) it states:

"And Isaac went out to meditate in the fields at the eventide, and he lifted up his eyes, and saw, and behold the camels were coming."

Also, in Joshua 1:8: "This book of the law shall not depart out of thy mouth; but thou shalt meditate therein day and night, that thou mayest observe to do according to all that is written herein; for then thou shalt make thy way prosperous and then thou shalt have good success."

Throughout the Psalms, there are at least 14 verses which talk about meditation. Add on top all of the Bible's calls to "meditate on the word of God", and it's very difficult to deny meditation's place in the Christian faith. 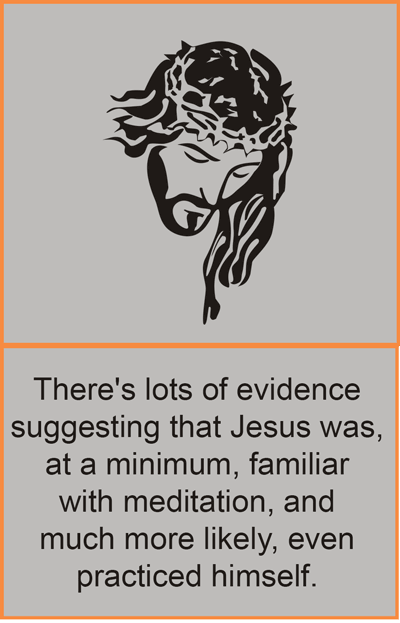 But what about Jesus? There's lots of evidence suggesting that Jesus was, at a minimum, familiar with meditation, and much more likely, even practiced himself. For starters, the Torah mentions that, while growing up in Jerusalem, Jesus spent time around meditators. Later on, as a Jewish Rabbi, he would have fully understood the purpose of Isaac meditating in the fields.

During his years of traveling the Holy Lands (and beyond), it's a near certainty that Jesus met many meditators. In fact, a number of scholars believe that Jesus traveled to "meditation friendly" locales like India and the Far East at some point. And with the similarities between his parables and the teachings of Buddha, many scholars believe that Jesus spent considerable time studying in Buddhist temples. So it's highly likely that the Prince of Peace had exposure to meditation, at the very least. 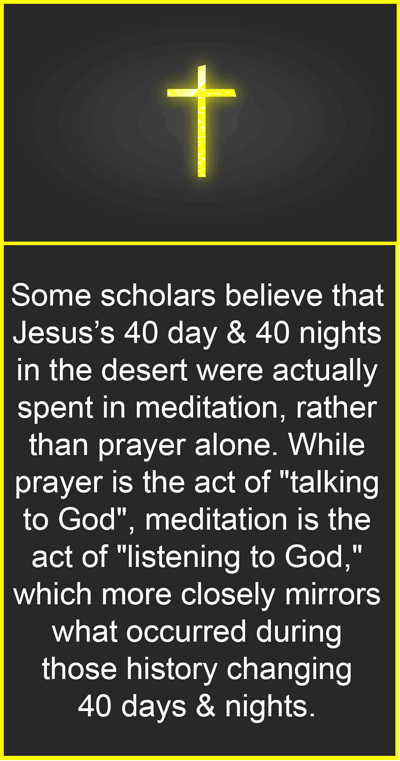 And there is good evidence suggesting that Jesus did indeed meditate. For instance, it's believed by many scholars that Jesus's Sermon on the Mount was delivered from a "meditative state" (rather than a purely waking state). While Jesus is known for spending 40 days and 40 nights "praying" in the desert, the specifics of his "prayer" technique are not clearly defined. Some scholars believe that many of those days and nights in the desert were actually spent in meditation, rather than prayer alone. While prayer is the act of "talking to God", meditation is the act of "listening to God," which more closely mirrors what occurred during those history changing 40 days and 40 nights.

Taking it a step further, was Jesus's prayer technique actually more of a meditation technique? In Matthew 6:5 Jesus taught his disciples to "pray alone and to use few words," which sounds less like prayer (in a pure sense) and more like a basic meditation technique. While we cannot say that 100% of Jesus's time spent in prayer as actually time spent in meditation, anything can be lost in translation over thousands of years. At the very least, in addition to prayer, it's not a stretch to say that Jesus did indeed practice meditation to some degree (and more likely, to a high degree).

In the end, when you add the numerous Biblical mentions of meditation to the mounting evidence that Jesus may have actually been a well-practiced meditator, it becomes clear and obvious that meditation is a truly wonderful thing for all Christians.