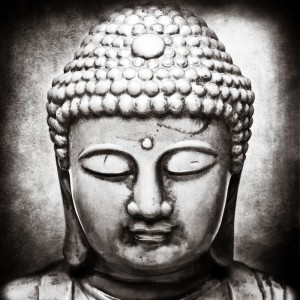 According to the Buddha’s life story, meditation played an important role in his own enlightenment. According to the life story of previous Buddha’s meditation keyed them, too, in on the secrets to human existence. In Indian religion after the Buddha’s time, nearly every Godly, saintly, or even priestly figure that was worth spending any words whatsoever on utilized meditation to achieve their spiritual and personal goals.

As the quiet spirituality of the East grew up within the shadow of colonialism and the loud West, meditation was adapted and became a new piece of a growing intellectual puzzle for rational gentlemen in the West. These gentlemen believed meditation and Buddhism, as rooted in the deeply introspective Indian religions, could somehow unlock the mysterious powers of the universe which were, of course, hidden inside the human body.

Gradually, meditation took on new meaning for Western practitioners. First, it was an act of pious intellectualism that yielded quantitative results in reflections about the natural world. Next, it was the work of flying superhumans who could save the world from itself. Lastly, around the turn of the 21st century, meditation in the West began to return to its roots in the East. The masters of old India became the masters of meditation in the new world and beyond.

Such a cyclical return to origins for meditation is evidence for a world that is rapidly becoming smaller. There are less and less undiscovered places and there are less and less undiscovered ideas. Rather, the naturalists and the adventurers of the 18th and 19th centuries have become the quasi-intellectual suburbanites of the 20th and 21st centuries. With the newfound ability to gently but quickly squeeze the insight out of any idea, new or old, the West has recently discovered, again, that the best advice for meditation comes from the old masters, like the Buddha.

Still, meditation and Buddhism in the Western, modern world have stimulated a new definition of meditation as not something spiritual or religions, but rather the work of a constantly churning and compulsively curious mind which encounters moments of silence. Buddhism is now one of the world’s most adaptable religions–however true that might or might not be in reality–and meditation is its vehicle. Meditation as a tool to calm oneself is now an authorized method prescribed by psychologists and monks alike. 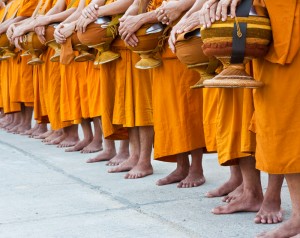 Meditation as a method for reaching deep introspective conclusions about life, the self, family, sex, violence, marriage, and everything else is now perfectly legitimate because Buddhism has redefined itself, and its meditative methods, as compatible with science.

But how are meditation and Buddhism viewed in the countries which first gained access to these gems of the ancient world? India, for one, no longer has Buddhism. Meditation has survived in other forms, mostly in Hindu and Jain philosophical traditions. In the Himalayan regions, meditation survives in what might be called mixed forms of Buddhism, namely Tantric and Bon traditions. In Southeast Asia, monks in monasteries and lay people outside of monasteries use meditation to achieve higher understandings of existence. In Central Asia, Buddhism barely exists in places like Kazakhstan.

In the West, such lineages do not matter as much. Rather, it is the teaching itself that matters and the results that it may bring. In both worlds, the goal is the same. The charm is that as the West discovers meditation from the East in its traditional fashion, part of the East slowly seeps into the unseeing West’s culture and heritage.